The first episode was brought about on December 20, 2013 when the constitutional reform was published.

Attention was drawn to the fact that the constitutional text in itself did not have significant changes to its articles 25, 27 and 28. On the other hand, the essential part of the reform was conformed, in contrast, by twenty-one transitory articles, when the legislative technique suggests (or supposes, or allows us to believe) that such types of articles are temporary and are only used to make the transition between one regime to the other. However, the current Mexican Constitution has never been a good example of the legislative technique.

Except for the foregoing…

In the general sense, the reform made a distinction between concessions (forbidden for hydrocarbons), allocations and agreements. If oil concessions where allowed, they would be granted by the State to individuals, so that they could manage, explore and distribute oil and other hydrocarbons. But allocations and agreements are different. The allocations shall be granted to the “State’s productive companies” (thus far, only to Pemex and the Federal Electricity Commission in a near future), and the agreements, to individuals. Both “productive companies” and individuals shall have the faculty to render the service of electric energy transmission and distribution, as well as the exploration and distribution of oil and other hydrocarbons (such as natural gas, condensates, natural gas liquids and methane hydrates), through service, profit-sharing or production-sharing agreements or licenses.

The same constitutional reform determines that allocations or agreements must establish that hydrocarbons found in the subsoil are property of the Nation. This is closely linked to the possible occupation of lands and indemnifications that, where relevant, must be covered. A clear example of the aforementioned is the transitory article Eight, which indicates that preference must be given to hydrocarbon extraction above other activities, with a special mention of mining companies and the locations where they carry out their activity.

Another fundamental aspect was the creation of the National Hydrocarbons Commission, organism entrusted with granting allocations and executing agreements, as well as issuing regulations on the subject, for example, with regards to hydrocarbon exploration, extraction and recollection or well drilling.

In addition to the above, there is the prevision of the Mexican Oil Fund for Stabilization and Development (based on the Norwegian, adapted for the Mexican reality, where, unlike Norway, the Expenditure Budget of the Federation does in fact depend on oil income, and therefore cannot be fully invested in long-term reserves), as a public trust fundamentally commissioned to receive all income, except taxes, derived from allocations and agreements, as well as to make the corresponding payments thereto.

The second significant moment originated on August 11, 2014 when the Hydrocarbons Revenue Law, the Hydrocarbon law, the Mexican Oil Fund for Stabilization and Development Law, the Electric Industry Law, the Geothermal Energy Act, the Law of the National Industrial Safety and Environmental Protection Agency of the Hydrocarbons Sector, the Mining Law, the Public-Private Associations Law, the Petróleos Mexicanos Law and the Federal Electricity Commission Law, amongst others, were published.

As an aftermath of this, on October 20, 2014 the national press made public the establishment of the Technical Committee of the Mexican Oil Fund, first formal act resulting from the energy reform.

During a third instance, the regulations thereto were published. The Official Gazette of the Federation rendered an account of the different regulations on the matter in its edition dated October 31, 2014.

And, in short, article 35 of the Mexican Constitution establishes that it is the citizens’ right to vote in referenda on matters of national transcendence, a consultation that must be called by the Congress of the Union, prior qualification, with respect to the constitutionality of the matter being consulted, and implemented by the Supreme Court of Justice of the Nation. In that regard, the national press informed that the Supreme Court’s Plenary declared that the referenda proposed by two national political parties concerning the so-called energy reform were inadmissible and unconstitutional. 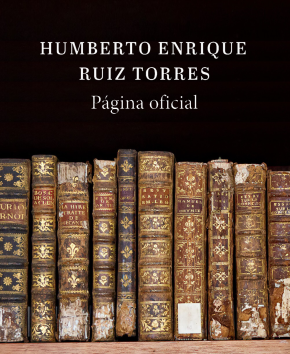